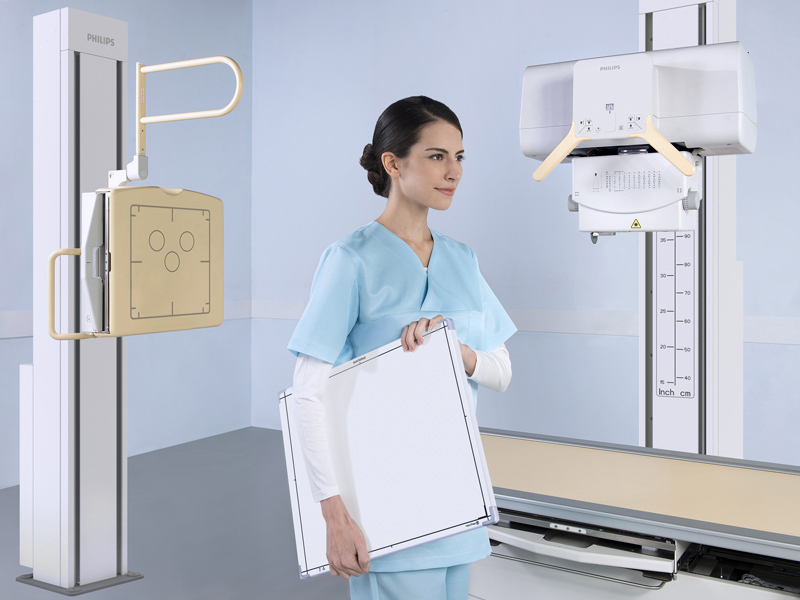 Radiography is an imaging technique using X-rays, gamma rays, or similar radiation to view the internal form of an object. To create the image, a beam of X-rays or other form of electromagnetic radiation is produced by an X-ray generator and is projected toward the object. A certain amount of the X-rays or other radiation is absorbed by the object, dependent on the object’s density and structural composition. The X-rays that pass through the object are captured behind the object by a detector (either photographic film or a digital detector). The generation of flat two dimensional images by this technique is called projectional radiography.

In computed tomography (CT scanning) an X-ray source and its associated detectors rotate around the subject which itself moves through the conical X-ray beam produced. Any given point within the subject is crossed from many directions by many different beams at different times. Information regarding attenuation of these beams is collated and subjected to computation to generate two dimensional images in three planes (axial, coronal, and sagittal) which can be further processed to produce a three dimensional image.